Do you know it’s 4 weeks until christmas? Time flies, I tell you that. In September I was a little bit annoyed seeing all the christmas decoration on the shop shelves, as I thought it was too early. But now, end of November, I’d say it’s about time to start baking gingerbread cookies. I, traditionally now, started with these chocolate cookies, and although I’ve already made several batches, there is not much left to munch on. But to not always bake the same I decided to try out something new. The reason why you haven’t seen the results here so far is because it was a disaster. Well, more like 3 disasters, but, they were edible mishaps so only half so bad.

I thought if I should stop but the foodie in me was stronger. And the 4th attempt was what I was looking for to ease the previous disappointment. Something which is easy, fast and works out. And something I decided to bake, alternately with the chocolate cookies, everytime another recipe won’t work out. You know, for the confidence and motivation.

Sift the flour to a bowl. Add the sugar, ground walnuts, spices and combine everything together. Cut the cold butter into smaller pieces and add to the mix. Add the egg and work everything to a dough. Form a smooth ball, wrap it in a foil and place in the fridge for ca 30min.

Preheat the oven to 180ºC (circulating air 160ºC) Take the dough out of the fridge, place on a working surface lightly covered with flour, and roll it out using a rolling pin to a thickness of about 3mm. 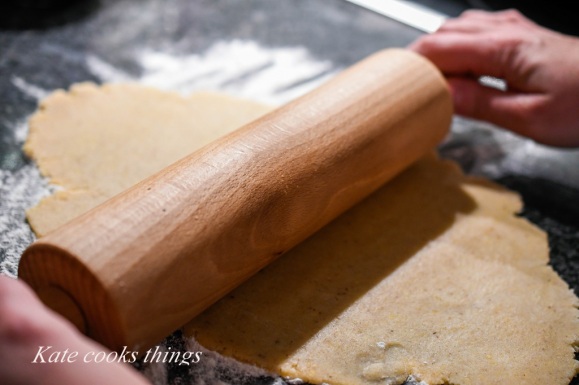 Using a round cookie cutter of ca 3cm in diameter cut out round circles (I used a shot glas as it was the smallest I had, and a little bigger glas). Place them on a baking tray lined with baking paper and shove it in the oven for 10-12min until light brown. Place on a cooling rack to cool down. 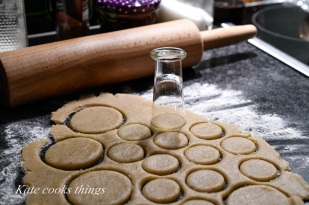 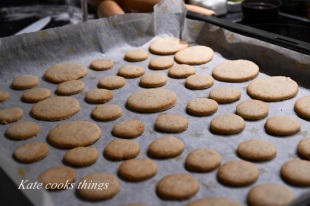 In the meantime slightly warm the jelly, and spread a thin layer on half of the cookies.

Roughly chop the chocolate and melt over a bain marie (simmering water in a pan, with the bowl of chocolate sitting over the top). Using a spoon spread a little bit of chocolate over the folded cookies. Garnish each one with a half of a walnut and let it cool. 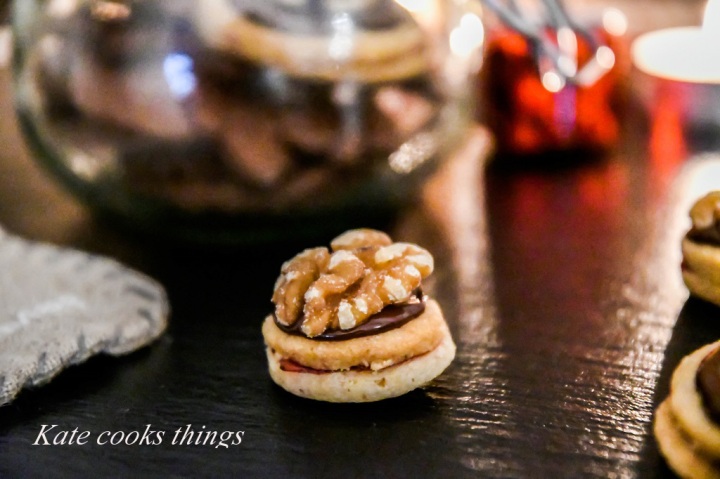 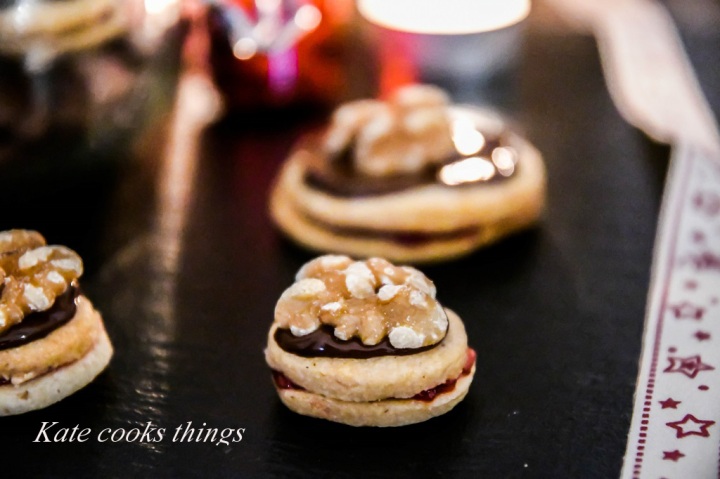