We were invited for dinner to our friends the other day, and somehow there is this unspoken rule that whoever is invited has to bring the dessert. Well, not sure this is entirely true, as wine is also a good idea. Something home baked has that personal touch though.

I was planning on bringing some cupcakes or at least muffins, and went through the posts on my blog. And then one thing struck me. Namely I didn’t post any! Well, actually I posted a recipe for christmas muffins, but I was looking for something a little bit more up to the season. Cursing quietly in my head, I went on to look for my go to recipes. I did find it after a while, but while I was looking I also found this recipe. I didn’t try it out so far, but I had the eggnog and the bottle of wine in case something would go wrong. But after the muffins were ready and the smell just overwhelmed the kitchen, I knew they were good. We tried one, and we really had to restrain ourselves not to eat them all. I made a pudding cream, using the recipe from the poppy seed cake with pudding cream and though maybe these are not the most beautiful cupcakes in the world, but they definitely taste like the best ones.

Place the butter and the sugar to a bowl and using a hand mixer, work it until smooth and creamy. Add the eggs and mix everything for another few minutes until combined. Sift the flour and the baking powder. Stir in the eggnog and the raspberries.

In a larger pot, boil the milk with vanilla beans or vanilla sugar. Bring to a boil and put aside. Put egg yolks and sugar in a mixing bowl and whisk until white. Add the pudding powder and continue to whisk until a smooth paste is obtained. Add 200ml (1cup) of boiling milk to the paste and blend until connected. Pour the egg mix to the remaining milk and stir until combines. Move the pot back on the stove and, over a medium heat, bring the content to the boil, stirring frequently. From the moment of boiling, let it cook for another minute, stirring, until the pudding thickens. Remove from the stove.

Cover the ready pudding with food wrap in such a way that it touches the surface of the cream (this is to prevent forming a skin on top). Leave it to cool down at room temperature (do not mix while cooling).
Put the butter in the mixer bowl. Add juice and lemon zest and whip to a fluffy butter mass. Add pudding in 3 turns, whipping until combined after each addition.

Let the cream set a little bit, then fill a piping bags with it and decorate the muffins. 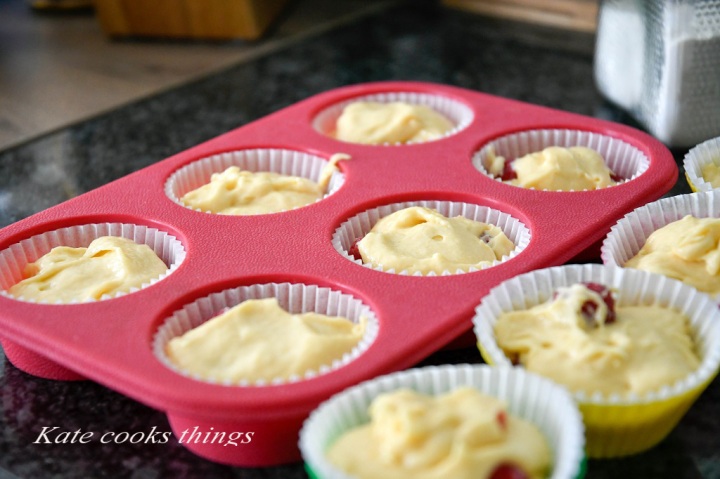 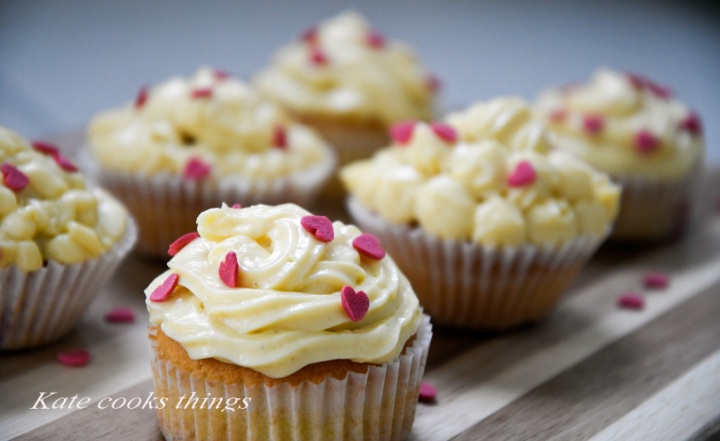 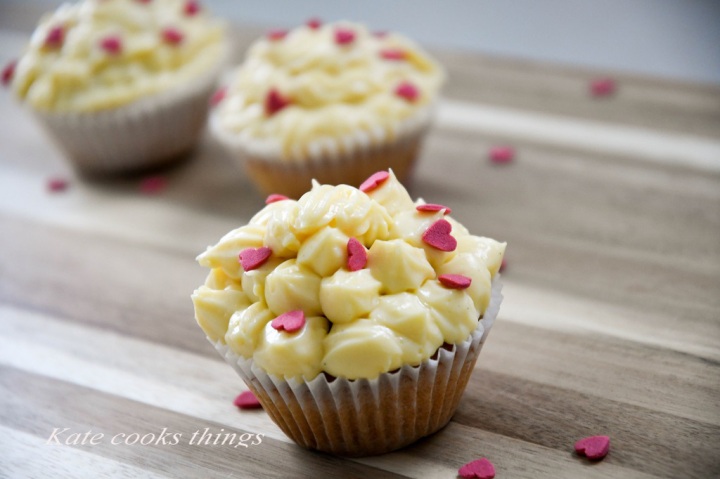